Proudly Serving the Beverage Industry since 1978

Parks is also the founding director of the NorthWest Wine Summit, usually held in late April at historic Columbia Gorge Hotel in Hood River, Oregon. From the inception in 1996, this has consistently been the largest competition for Pacific Northwest wines.

Parks' newest competition is the SouthWest Wine Summit.  It began in May of 2016 and was judged in Austin, TX but is planned to rotate to new locations in the southwest each year.  The Summit focuses on wines exclusively produced in the Southwest, specifically wines from Arizona, Colorado, Oklahoma, Nevada, New Mexico, Texas, Utah, Hawaii, and Mexico. 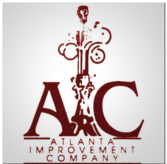